Last year, I backed up a project called Bug Industries on Kickstarter, project that ended up missing its goal, but gave me an idea for an Agile based card game. I pulled some paper cards and board markers, started brainstorming using the Munchkin rules and so Scrumkin was born.

Although the game drifted quite far from the original Munchkin rules, the name remained ("Very bad practices" is the current alternative).

Scrumkin is a visciously fun card game where you deal the best and worse software and management practices for fun and profit.

Each player represents a different Scrum team in an almost non-dysfunctional company. Even though they work on the same project, the players are not really working together on that new "Mammoth" product supposed to bring the company to the "next level". The teams share the common goal of delivering this revolutionary product on time, on budget, with top notch quality and the complete scope (that's not an iron triangle anymore), but if one player could be more on time than the others, it would be better for his/her career... that's our winner.

The players will thus invest on practices to boost their team, while trying to slow down their opponents as visciously as they can... by throwing micro-managers at them, removing the coffee machine or forcing them to outsource their staff.

How did that come to be?

The first picked my MATHEMA colleague's brains during our internal conference (almost exactly a year ago). Back then half of the cards were still hand written. I got tremendous feedback from there, and the first printed version emerged (see below).

Then I found some guinea pigs to indulge it upon... and they seemed to have fun with it ;) 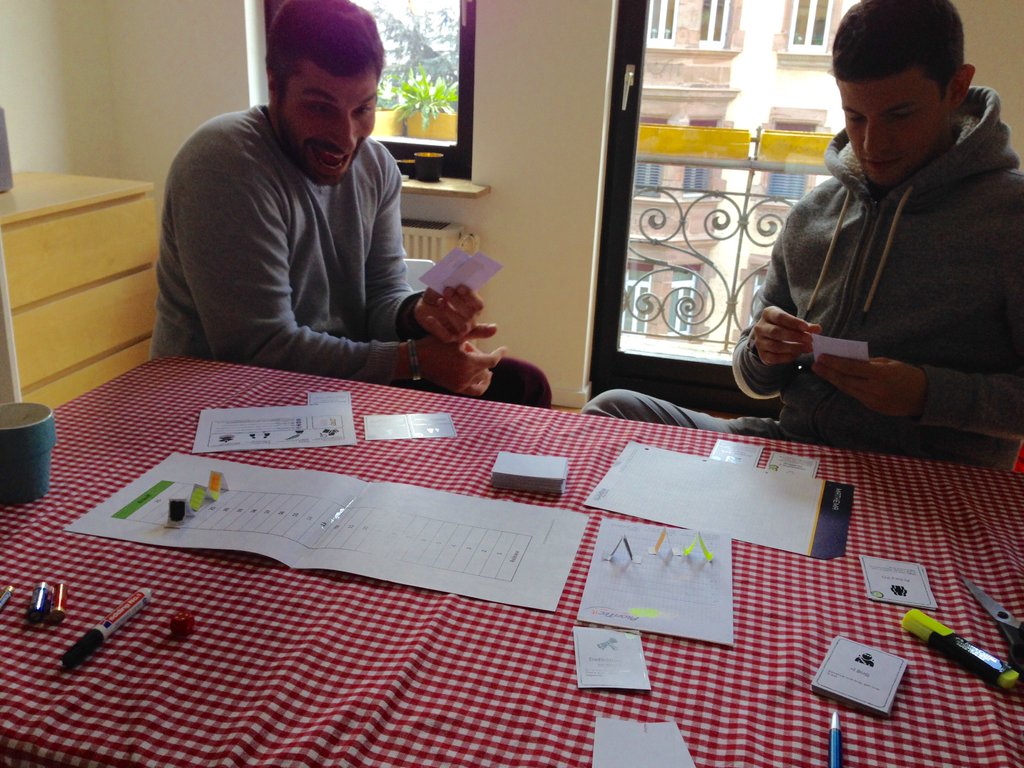 The first real playing round was with my co-mentor Udo and his colleagues of the "Agile Guild" at Conplement AG. Again, a lot of fun and great insights: 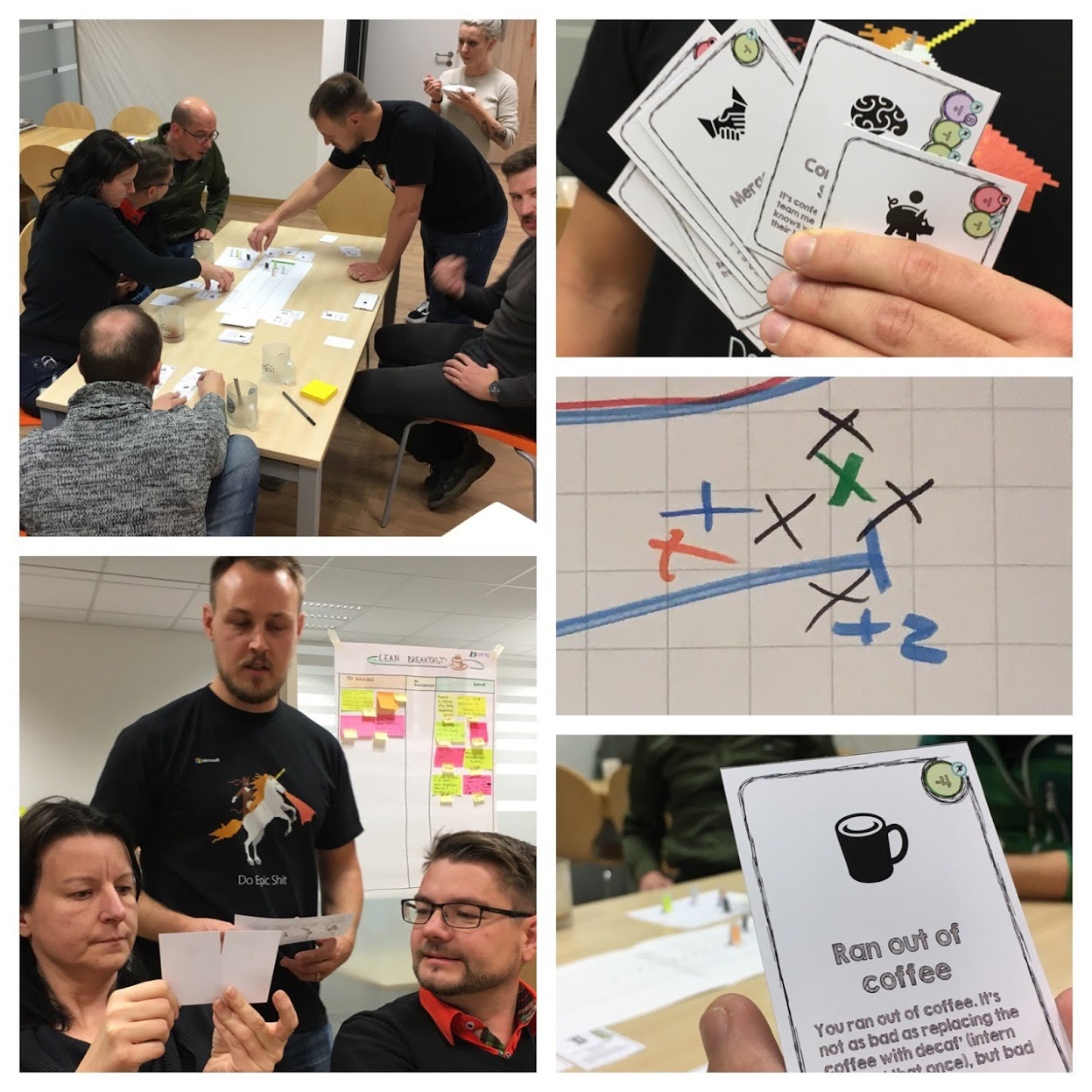 Then I took it with me at two conferences, the Manage-Agile in Berlin and the Play4Agile unconference to play some more. I created a custom set with some LEGOs. 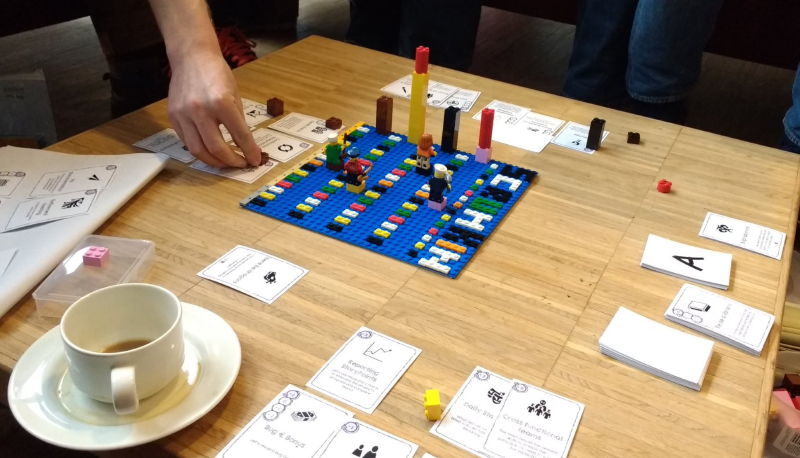 The feedback of this last round was so good, that I decided to push it live. Here are the PDFs for self printing:

You can find it all on github with the complete rule book, as well as the whole framework I used (in Ruby) to modify the game if you want to. The game is shared under the CreativeCommon-Attribution-NonCommercial-ShareAlike 4.0 International license.

In a year, the design has evolved quite a bit. Here are some of the designs I created.

Version 0.0.1. You had to turn the cards around to know which value is the current one. 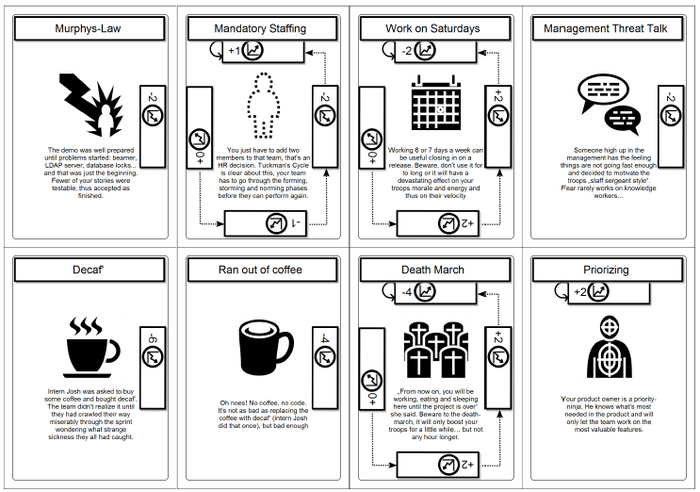 Version 0.0.2. Better, but the colors were not really helping. 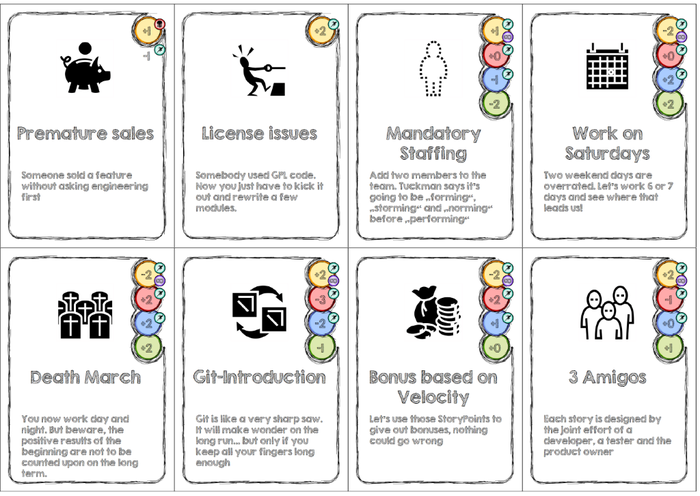 Version 0.0.3. Then we realized the bubbles on the right hand side is counter-intuitive. 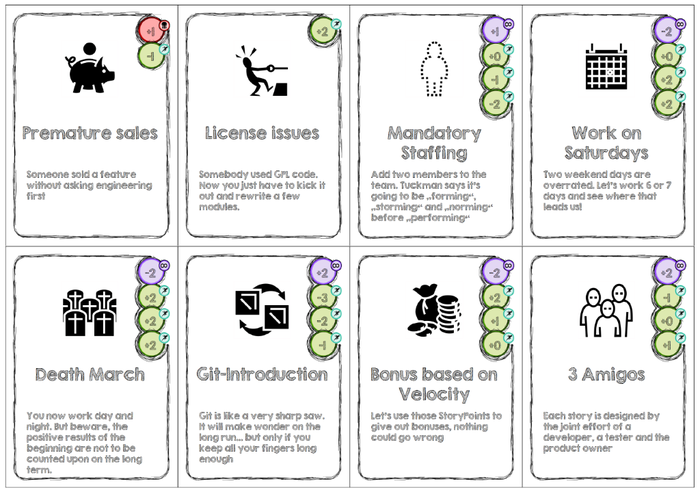 Version 0.0.4. An attempt at doing a "scrum-like" design with sticky notes. 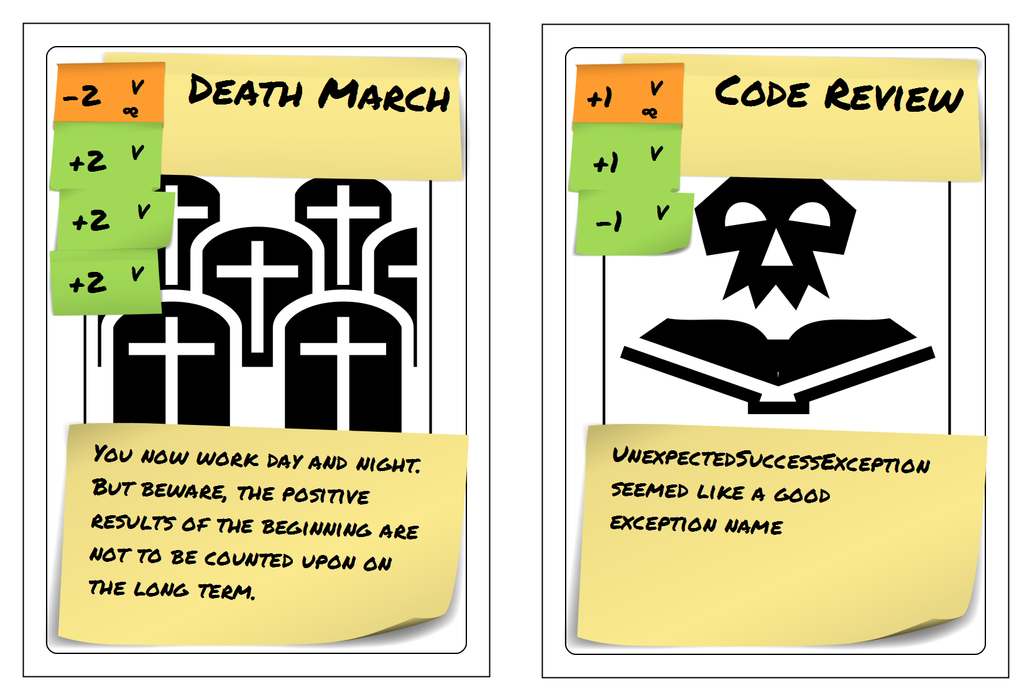 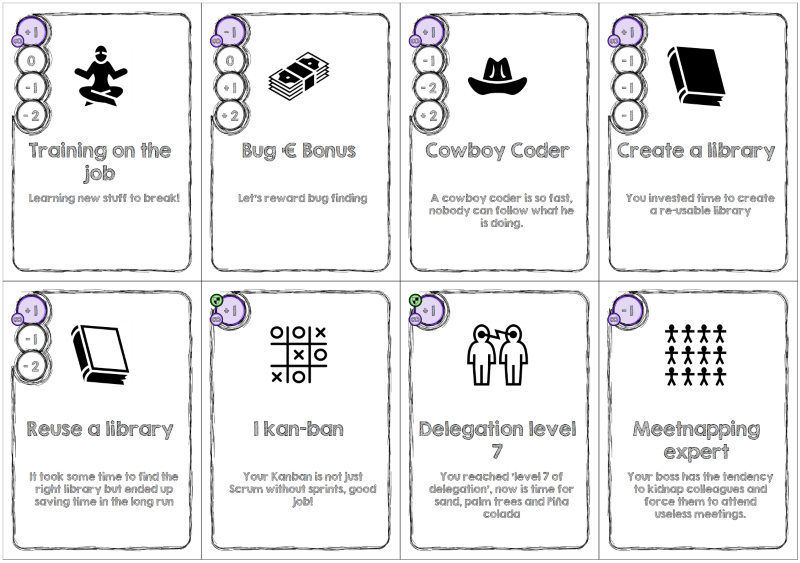