"I have made this longer than usual because I have not had time to make it shorter" wrote Blaise Pascal in 1657. This sentence emphasizes how hard it is to be concise in your writings. But it is not only true for writing. In fact, it might be true for everything. I experienced it again today.

A few hours ago, I held my first Pecha Kucha talk at a conference in Munich (I had held a rehearsal once in front of my colleagues about two weeks ago). 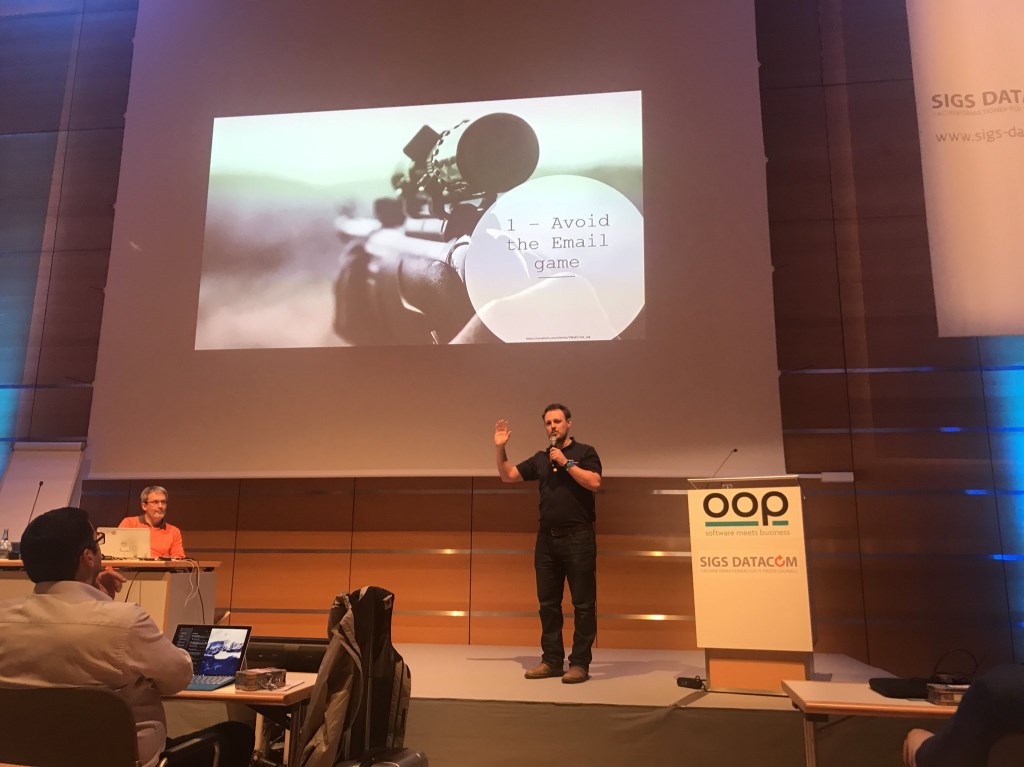 Thanks Dennis Traub for the picture.

A Pecha Kucha is a talk consisting of 20 slides that will advance after 20 seconds. All in all the talks thus lasts 6 min 40 seconds. 400 seconds.

I worked on it as much as I did on a 90 minutes talk. In fact I wrote 3 different versions of this talk. Threw the whole talk away twice and butchered the last one again and again until it finally made sense. I stripped the talk down to its essence until each of the slide contained only one idea left. Leaving so much content aside was hard work. But boy did I learn in the process.

Since I used only pictures and very few words, I feared blacking out on stage and being unable to continue. But it went more than all right. It was exhilarating. The flow was there. The tempo was there... or at least so it felt to me.

Could I create a 30 min talk consisting of 4 Pecha Kuchas back to back? In December I saw for the first time a talk from a real professional speaker. Honestly, it felt as slick as an hour long Pecha Kucha... it felt like a whole different league. Is this what I'm facing if I want to progress in this direction?

I recommend anyone to try this. Even if it was a lot of work, I don't regret any second of it (the 400 and all the others that came before that).

Here are some more information about the talk itself.

I spoke about 9 ideas you could use to up your game right now. Here are they:

Here's the slide deck I used.

Photo by Agê Barros on Unsplash