A few days ago, I discovered the game Lifeline... which has been astonishing me since. This game is probably to be placed in the direct line of the gamebooks or the branching path books even.

The idea behind this text based game is simple:

A random dude called "Taylor" is stranded on a moon near Tau-Ceti and you are his only communication channel. The guy is in desperate need of chatting with you and diligently relies on your counsel... for staying alive. Well, you are simply his lifeline... just in case strange things start to happen...

The twist is that everything happens more or less in real time:

The game is partially played in this simple but efficient User Interface, and via the notifications of your phone, which makes it even more "realistic". 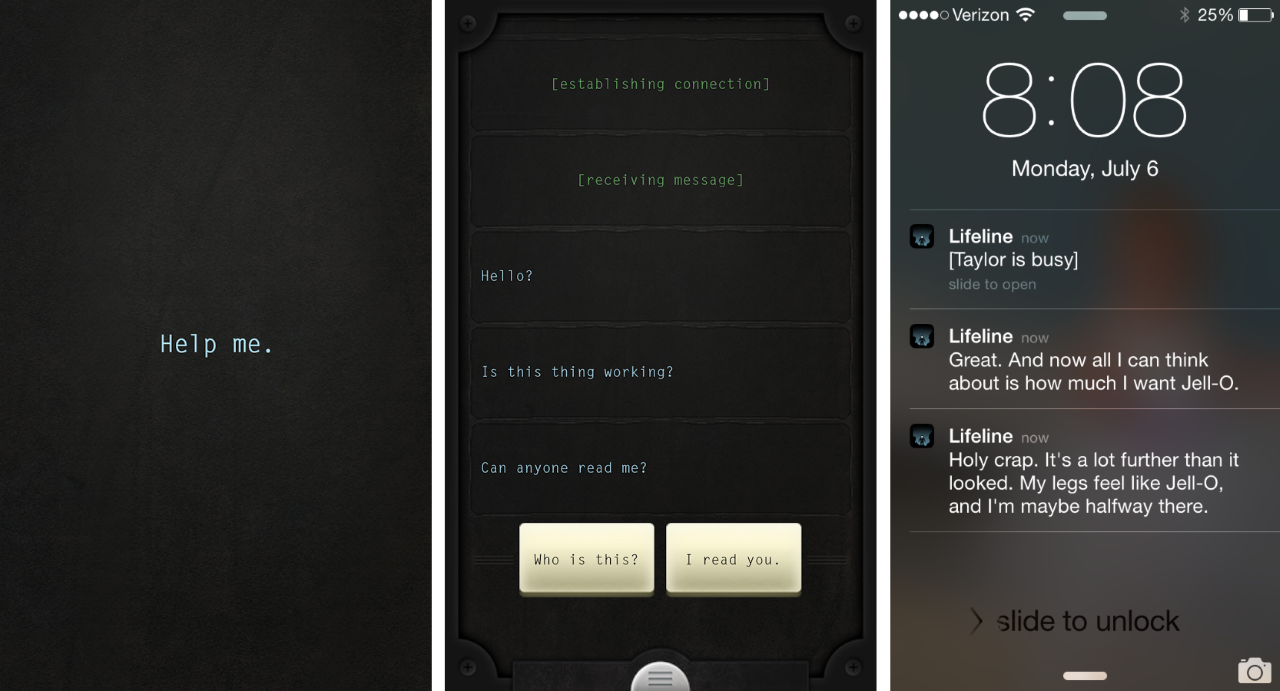 I played through the first game in a couple days, with maybe one hour of actual play time. There seems to be many endings, a few of which resulting in Taylor's death, but I landed quite directly on the "main" (?!) ending. There is an option to accelerate the breaks, but even with it, I am not sure I would be willing to start over and try a different path.

I just bought the second Lifeline Game (I think there are 4 stories in total at the moment) and it is starting with the same tempo. In short, I'm loving it!